The Fear of “Being Mean” is Holding You Back: Why We Fear it and What We Can Do About It 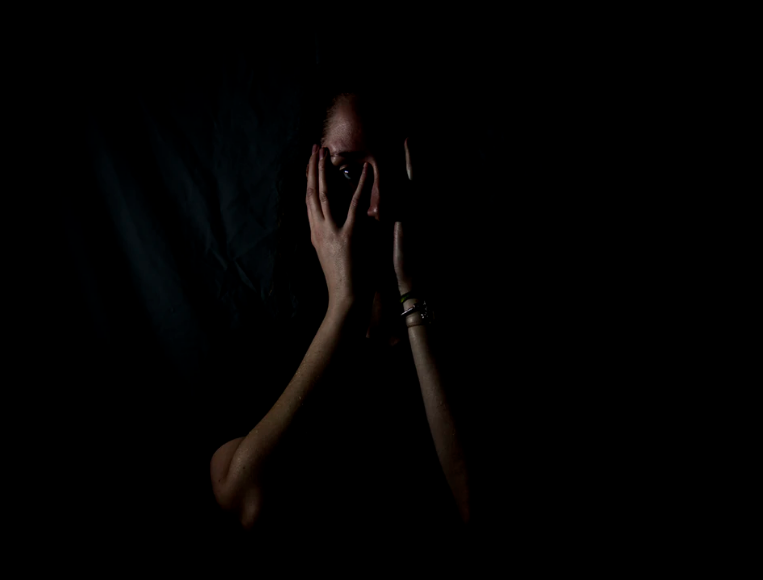 Do you struggle with the “Fear of Being Mean”?

Is it hard for you to give feedback or share opposing opinions with colleagues?

Or maybe you just avoid “constructive criticism” conversations all together?

Do you worry about being perceived as critical, or “judgmental”?

It’s so common that it has even graduated to acronym status: FOBM.

AND, it doesn’t have to be this way! In fact, it is important to address holding you back from having the kind of impact, fulfillment and meaning that you want in your work.

So, we made this trusty guide to FOBM. In this article, we’ll cover:

I.WHY does FOBM exist? With FOBM, there are 3 main systems at play:

1) Our default brain “operating system” is not built for the 21st Century.

FOBM is often connected to “people-pleasing”, or trying to keep everyone around us happy and “in like” with us all the time.

This is a very natural built-in response from our legacy “cave person” brains. Back in the day, when we were living on the tundra with tigers running around, there was safety in numbers, so it was absolutely crucial that the other people around you liked you and wanted to keep you in the community. “People-pleasing” was a very wise survival mechanism in that situation.

However, today, our lives are not at stake if someone on our team doesn’t agree with us (though it can absolutely feel that way!), but our brains and our nervous system haven’t really evolved or adapted for life in the 21st Century, where generally speaking, our lives aren’t actually at risk.

In fact, it’s often exactly the opposite: the life or the health of the business is actually at stake if we DON’T share what we are noticing isn’t working on the team or in the business.

I liken it to trying to run 2019 software/apps on a 1984 computer operating system (OS)–you may get there eventually, but you’re going to have to use a lot of hacks, it’s going to be clunky and buggy, and you’re probably do some reprogramming in the process.

FOBM is like a bug that comes up when we’re trying to run a 2019 business efficiency and optimization software on our old AF OS!

Our job is to catch the bug and to take the necessary actions to de-bug it!

2) We believe that we are responsible for other people’s feelings and reactions.

Surprise!! You are NOT! Everyone is responsible for her own feelings and reactions!
3 redenen om ijdelheidsoefeningen uit je bodybuilding-workouts te halen proviron kopen activiteit – vrouwelijke bodybuilding bovenlichaamtraining, vrouwelijke bodybuilding beendag.
Many of us learned that it is our job to try to control, anticipate, fix, protect, and take responsibility for other people’s feelings and reactions to us. In psychology, this behavior is called “codependence”.

The reality is no matter how hard we try, we actually cannot control other people’s reactions and experiences, and it is not our job to try to!

3) “The Script is Flipped”: There is a general misuse of the words “Mean” and “Selfish”.

Usually FOBM doesn’t actually come out of a fear of hurting the other person, but rather a fear of the discomfort that *I* will be uncomfortable if the other person is hurt or mad at me, and I, myself, don’t want to experience that “bad” feeling.

In short, FOBM is not out of generosity, it is actually out of selfishness and self-protection.

In addition, who are we actually being “mean” to by NOT delivering important feedback? We are being mean to ourselves! We are, in fact, the ones who will keep having to create extra work and stress for ourselves by continuing to allow a person to do poor work, or work in a way that doesn’t serve them or your team.

In fact, we are actually robbing them of important information that they need to know about how to perform their best and get the best results (that most likely they will need to learn at some point in their life!) by withholding information from them.

In this light, the “mean” thing to do is NOT provide feedback.

Special bonus insight: think about who benefits from us believing that providing feedback is “mean” or “selfish” or “entitled”?! (Hint: it’s not you.)

Those in power and who have a vested interest in keeping the current power structures and institutions intact. #patriarchy)

So, armed with the context within which this fear exists, what can we do to address it?

II. 5-tools to approach a feedback conversation with confidence and grace

1) Understand, recognize and name the systems that are at play (above).

Once you know what you’re dealing with, you are much more able to be at choice and make rational decisions about how you would like to proceed, and what is really in your best interest and the best interest of your colleague/team/the business.

2) Separate your feelings from the facts.

Because of these old belief and operating systems at play, we often confuse our feelings about the situation with the facts of the situation. Neither are wrong, but in situations of giving feedback at work, usually we want the facts showing up, and examining the feelings somewhere else.

One quick exercise to do is to make a “Feelings vs. Facts” list to help you get clear on what factors are at play.

Divide a piece of paper into two columns and list all your feelings out on one side and all the facts out on the other side.

Let’s take an example that someone is missing deadlines frequently, and you need to offer this feedback to this person.

In the feedback conversation, you want to address the facts.

You can address your feelings (which are also important and valid) elsewhere, like in your journal, with your friends, with your therapist or coach.

Begin with those questions.

Then, get radically honest with yourself on what your motive is and why it is important to deliver this feedback:

A) Is it truly because there is a real business need for this behavior to change? —> HAVE THE CONVO

B) or, could it be because you feel insecure that she just got a promotion and you didn’t and  you want to take her down a notch? —> DON’T HAVE THE CONVO! (and go talk it out in therapy! ;-))

A) Is your WHY that you know that the team could deliver higher quality work if s the was able to do xyz —> HAVE THE CONVO!

B) or is it that you feel threatened that she got a bigger bonus than you? —> DON’T HAVE THE CONVO! (and go talk it out in therapy! ;-))

Articulating your “why” is important so that you can be totally clear on your reason for having this conversation ahead of time and determine that it is either:

A) NOT “mean” and actually a valid and necessary conversation to have with the other person—>get ready for the convo by following the next steps?

B ) because you have personal issues that have more to do with you than the other person—> you’re not having the convo!

Reminder to “flip the script” and ask:

4) Ask yourself what is at stake if I don’t share these feelings.

In this case, if she keeps missing deadlines, then the product won’t launch on time, or the client won’t be receiving the service they signed up for and they may go elsewhere, and the health of the business will suffer.

In addition, other people on the team’s work will likely begin to suffer and there will start to be a feeling of resentment on the team.

No one benefits from keeping this information to yourself.

5) Have a “sanity check” conversation.

Choose someone you trust to have a “sanity check” conversation and make sure that you are clear about what you are addressing, your why in the conversation, and that you’ve separated the feelings from the facts.

III. 4 tips for Having the Feedback Conversation:

“It seems like we have been miscommunicating about deadlines recently. Have you noticed that too? What do you think is going on here? How do you think we can do better/address this??

More often than not, the other person will also be experiencing the disconnect and will appreciate the forum to discuss and problem solve together.

The benefit here is that this approach will not leave the other person on the defensive, which means that you are more likely to get to a desired outcome and changed behavior, than if the person feels blamed and attacked.

The “Fear of Being Mean” is obviously not the only fear we end up confronting at work.

To learn how to think about “imposter syndrome”, check out this article next.

If you’re struggling with fears around meaning and money, we address that here.

And, for more general conscious career building, here are my top 10 tips for building a career you love.